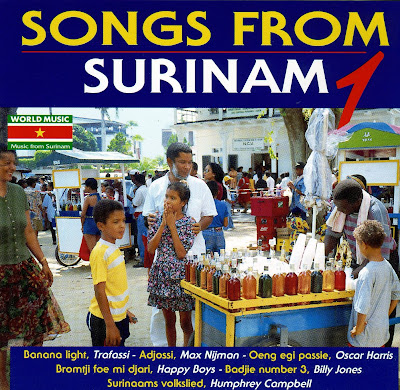 Front cover
There are 3 Volumes of this CD. I'll be posting them all the coming period.
Songs are from the 60's until the 80's. 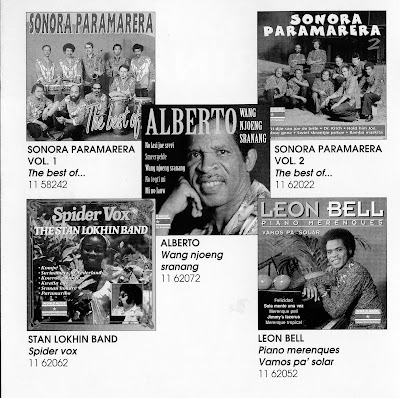 Most are kaseko/skratie melodies but there are also ballads and other styles that where very popular, like a great funk song by Billy Jones & The Twinkle Stars, a latin ballad by the Happy Boys. Ole Ole by The Tropics is a great party number. 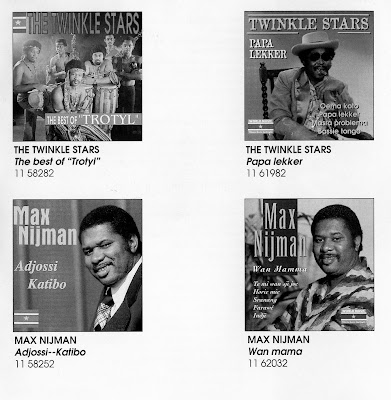 Billy was from the US but got addicted to the Suriname way of living. He surved in Vietnam and left for Europe, after returning to the States and became disappointed with things back home, where he got into contact with The Twinkle Stars and moved to The Netherlands and he never left until his early death in 1982. Both his solo albums with the Twinkle Stars are collectors items. 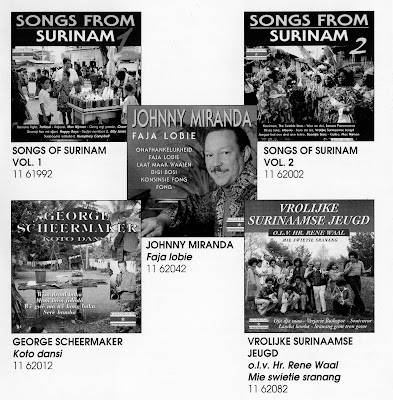 Happy Boys and Trafasi are the same band who changed name after some difficulties with former members.
The Twinkle Stars had many good singers but Oscar Harris and Billy Jones where the main attraction.
Billy spoke Suriname perfectly after a while. You can here him sing in Surinamese in Jerusalem which is a kaseko-gospel. 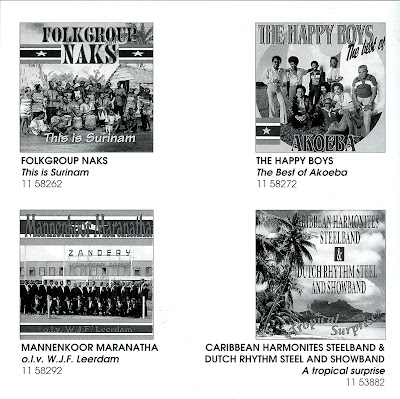 
Downloads are compressed in a 7Zip format, which is a freeware application


Posted by Ben The Balladeer at 5:09 PM 3 comments: Links to this post

# 1 in Suriname & The Netherlands

A composition by Damaru.

Damaru wrote this song for his 3 months old daughter.
The lyric says
"I have a little garden in my heart just for you little black rose"
Solo

The songs became an instand hit in Suriname. During an interview Damaru said that the dutch singer Jan Smit was one of his idols. He loved his lyrics and his songs and wanted to do a duet with him.
That was not said to def mans ears and soon there duet of the song was released in Holland and reach #1 within a week.

Part of the sales of this song go to SOS kinderdorp, which is an organization that helps orphan children to grow up in a family.
http://www.soskinderdorpen.nl/pages/default.aspx 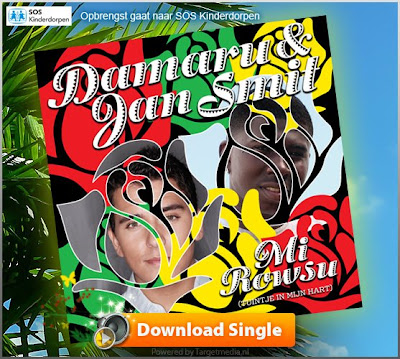 Just moved it
Posted by Ben The Balladeer at 10:24 AM No comments: Links to this post 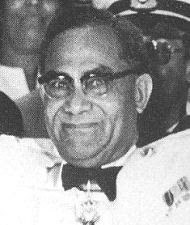 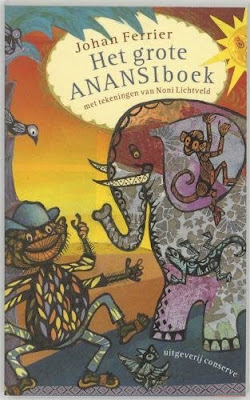 spoken is the Suriname language from a radio broadcast
The Anansi tales are believed to have originated in the Ashanti tribe in Ghana. (The word Anansi is Akan and means, simply, spider.) They later spread to other Akan groups and then to the West Indies, Suriname, and the Netherlands Antilles. On Curaçao, Aruba, and Bonaire he is known as Nanzi, and his wife as Shi Maria.
source:Wikipedia
Posted by Ben The Balladeer at 7:44 PM No comments: Links to this post